The Calm After the Storm

February 03, 2020
Sometimes, the emotional impact of things around me hits me hard. When someone I love is hurting, loses a loved one, or sadness and tragedy strike close to home, it’s difficult for me to deflect the emotions around me. That’s what happened very recently.

I needed Jason. He knew I did. I knew I did. I did everything I could on my own, managing my own self-care and what I could control, but the weight of empathic emotion grew heavy, and the submissive in me craved being put back in the right headspace. Sometimes I can put myself there. Sometimes, I need Jason.

I think it’s important for any submissive to note where that line is. Sometimes, when I hear from other submissives, they think that it’s always the job of their Dom/Domme to put them back in a submissive place, to discipline or hold them accountable, to prioritize maintenance or the like. Sometimes, it’s the opposite. Dominants expect their submissives to be able to fully maintain submission without their help. And I have to say, both in my own experience as a full-time submissive of seven years, and in my observation of the lifestyle at large, neither is true.

Just as with any relationship, there needs to be a give and take. Both have to work at their own roles; both have to strive to meet the needs of another.

I was at the point where I’d truly given my all. I’d done everything I could possibly do to stay submissive and centered. I’d gone to the gym consistently. Journaled. Got good sleep. Talked with friends, and focused on what I was grateful for. But I needed Jason. It had been days since we’d had any type of check-in, for reasons I’ve explained before. The current demands on our time and schedules make routine incredibly challenging. In short, I was depleted and sad, and I needed my daddy. Not as my friend. Not as my lover. Not as my companion, and he’s every one of those things. I needed him as my Dom.

I came into our bedroom where he was doing something on his iPad and said something quietly. I don’t remember exactly what, or even how the conversation escalated. But I was hurt, you guys. My heart was heavy, and I’d been holding back the need to cry for days. My tone grew sharp and I started to lose self-control. He looked up, a little surprised, and watched me. Jason is a natural observer (type 5 on the enneagram, it matters). He likes to see the big picture, always, before he reacts. When we’re in a great place of checking in with each other, he has a constant read on my emotions. I often don’t need to tell him where I am or what’s bothering me, since he already knows.

That doesn’t happen as easily when we aren’t communicating. When days go by where we aren’t checking in, when we haven’t had time to really dig deep into what’s going on with the other, it’s harder to understand. Eventually, one of us will ask the other what’s up, and make time to really talk. Or eventually, like what happened with me in this instance, one of us will lose their minds (spoiler alert: that someone is almost always me.)

I don’t recall what I said. I know that I was angry, and pushing him, and beyond the point where I could reel myself in. I know that I swore in my anger, that my tone was disrespectful, and I crossed right over the line into danger territory. And still, he didn’t react.

I was angry that I’d gotten to this place. Angry that because of all the demands on our schedules, we hadn’t had time to check in, or spend time with each other. Angry that so much was out of my control, and I was surrounded with one sad, heartbreaking loss after another. That I couldn’t shield the people I loved from pain. Or myself.

I finally yanked off my clothes, got into my pj’s, and stormed to the bathroom. I got ready for bed, and by the time I was back in my bedroom, there was a lump in my throat. I didn’t want Jason at this point. I didn’t want his comfort or damn near anything. I laid in bed, petulantly curling up as far away from him as possible, and closed my eyes.

He didn’t say anything at first. Then after a moment, he came up to me from behind, and wrapped his body around me. It’s a little unusual for us. Jason is one of those guys who doesn’t like to be touched when he’s sleeping, and my body temp rises a million degrees while I sleep, so we’ve finally come to a mutual agreement that outside of the normal cuddling before bed, we don’t touch each other when we sleep. Sometimes he strokes my hair as I’m falling asleep (I love that), or rubs my back. I go to sleep before he does, and he most often sits with me when I do. But once we’re asleep, we don’t touch. So spooning is unusual.

He touched every inch of me, his arm wrapped around my chest and leg draped over mine, holding my back to his chest. He’s bigger than I am, and it sort of felt like I was pressed beneath the weight of a Dom Weighted Blanket. He held me, and didn’t say a word. I kinda whispered a few things, and then finally, I began to cry. I sobbed. I told him everything that was hurting, everything I could lift myself. And he held me and listened until I was done. Then he rolled me over and pulled me onto his chest, whispering soothing, calming words to me. He told me he loved me, and he knew how I was hurting. He told me to let it all out. He apologized for not making the time to check me in, before I got to this point. I cried until the weight in my chest lifted, soaking his shirt. Though he wasn’t stern, he was every bit the Dom I needed.

“You’re also not allowed to speak to me disrespectfully.” I nodded again.

“You know you’re supposed to come to me before you get to that point, don’t you?” I nodded a third time.

And then he was pulling me over his lap, and delivering a firm, uncompromising spanking. I did not fight it. I’d earned it. I needed it. It was time.

You forget how much a hand spanking, delivered by a guy who knows how to spank, hurts like hell. I was reminded of the old days when I called him Paddle Hands. He spanked me well beyond the point of what I could take, until I was crying all over again, but I wouldn’t say he went too far. I needed to be put back into the right headspace. I needed him to do this.

And when he was done, he held me. I felt calmed, like I hadn’t felt in weeks. He tucked me in and reminded me of my rules. He reminded me that he loved me. He reminded me to come to him when I need him, and told me to get some much-needed rest. There's a certain kind of calm after the storm, even when I bring it on myself.

And I was reminded, once again, how this works. Why it works. And how beautiful it can be when it does.

Popular posts from this blog 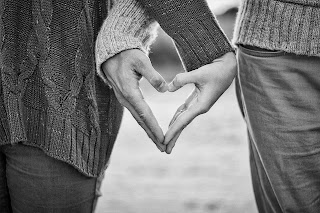 For many years, I blogged over at THE TAMING OF THE SHREW, shortly after my husband and I began our new lifestyle. That was seven years ago.
When I began that blog, I had young children. My youngest was just a baby, my oldest under ten. Jason and I had just begun our whole journey into the domestic discipline lifestyle that would lead us to a full-time, 24-7 Dom/sub dynamic. I was a stay-at-home homeschooling mom. Jason was the primary breadwinner. My entire life revolved around serving my family.
It took some time for us to find our footing, but when we did it was glorious. We were thriving. I loved blogging, chronicling our journey deeper into the heart of what two people dedicated to this lifestyle could glean.
A lot can happen in seven years, y'all. A real lot.
Fast forward to seven years later.
I'm no longer a stay-at-home mom. While our family size hasn't changed, we've taken on the care of elderly parents. Our oldest children are teen-ag…
Read more 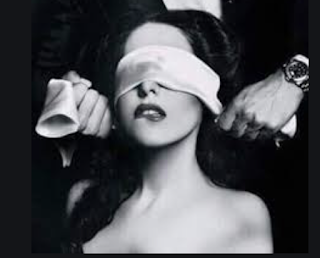 Oh, boy, you guys. First, we were traveling so I couldn't blog. Then, my kids were home from school. I seem to have completely forgotten how to work or do anything like blogging when my kids were home from school. It doesn't help that when they were, they often slept in and I had hours upon hours alone in the morning, but now with various schedules and commitments, they're up super early with me. Again, it's just one of those adjustments.
Back to school today. Back to work for me. And...I hope, fervently hope, that Jason and I can return to a good check-in routine. As I said before, things are still there. Yesterday, I was getting frustrated with a certain situation, and Jason reached for my hand and gave me four squeezes. That means, "Be a good girl," and it's my last warning before we head into punishment territory. I did heed his warning, and I didn't get punished, but a part of me almost wishes that I had...not intentionally, but I'm feeling t…
Read more 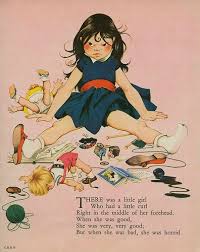